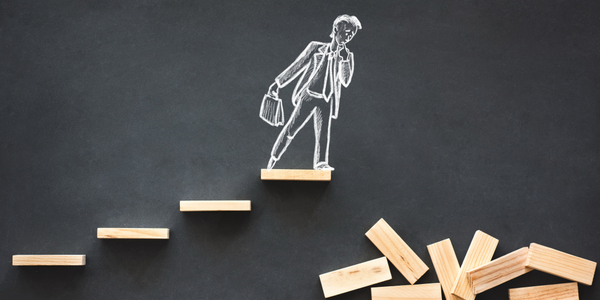 How many times have you planned something out very carefully, only to get partway through the process and realize that things are not going as planned?

For me, this happens a lot with home repair projects. Frankly, having lived in a house built in 1925 for 10 years, there were always things hidden that made something more complicated than it needed to be. And often times, those things were previous repairs (or repair attempts). One involved a reciprocating saw going through old (live!) wiring that was not expected to be in that area of the wall. Turns out, someone had just plastered over an old light switch box… (but that’s a story for another time).

In any sort of planned process, there is a set of challenges that come up with regularity when we move from planning to implementing. This is true whether the planned process is a new strategy, a new project launch, or even a new procedure. I call these challenges “Pivot Challenges” because they exist at the hinge point between the planning and the doing phase of a project.

Not accounting for these Pivot Challenges can lead us directly into the Five Frustrations. Let’s look at the two most common Pivot Challenges, and how we can avoid them.

The first Pivot Challenge is No Margin. Lack of margin means that there is no room in the organizational system (financially and/or through staffing) to sustain necessary operations while also making a change. This leads directly to two of the Five Frustrations: Firefighting and Complexity. Leaders encounter Firefighting because the change process itself adds workload and anxiety to the system, which increases the intensity of each decision – especially the unexpected. Leaders also encounter Complexity as existing systems must continue to operate while changing and organizing new dependencies (what change operations depend on others) sometimes is done on the fly.

The response to a No Margin Pivot Challenge is usually a combination of hiring and pacing. Hiring – to increase capacity to do the actual work; pacing – to make sure the work can get done in a reasonable amount of time with out either overwhelming people, dragging out forever, or failing to start at all. Sometimes the hiring is temporary – through temporary workers, or through consultants – to get through the change process itself. Sometimes, though, it is more long-term: the new workers have different skill sets and capacities than the previous workers, and either supplement or replace existing roles.

Pacing is often governed by capacity and deadlines. Making sure people have the capacity to meet the deadlines helps make sure the pace is reasonable.

When we work with clients, we often develop a Process Design on the front end to make sure expectations are reasonable, planned out well enough everyone knows their role, and that the overall project has a good chance of success. A good Process Design answers all the basic process questions to organize and deploy the needed changes. The up-front costs are balanced against the costs of re-work, inefficiency, and employee churn for processes that are not designed well from the beginning.

Pivot Challenge 2: No Room for Emergence

The second major Pivot Challenge is No Room for Emergence. Contingencies are a part of daily life; in our planning, though, we often overlook what contingencies might occur. This drives us into several of the Five Frustrations: Firefighting, once again, Information, and Process. Firefighting, because the unintended consequences of early changes may not emerge until there is some sort of crisis. Information, because we often don’t have good information early enough on to see what might occur that will need to be accounted for. Process, because often times when something unexpected happens, we throw the whole process out, rather than adapting it.

The response to an Emergence challenge is to determine the level of crisis it causes: immediate and important, non-immediate and important, and so on. This means we often pause the rest of the change process adjacent to the emerging challenge until we can resolve what is happening. This means the response requires new communication, clear communication, and a reset of expectations and workload.

There are five major ways to build in resiliency to many emergent challenges, though, if done ahead of time.

Our first project with a client often occurs after an emergent challenge has developed and this has created an expertise or capacity problem. We know that this is serving them well, because once we resolve the crisis-level challenges brought about by something unexpected, we often can go back and build a plan with them that builds in the resiliency needed to manage future emergence. And that feels like success.

But Don't Go It Alone.

Whether you have experienced a lack of margin in your change process, or whether your project has been jostled into crisis by something that emerged after the fact, or whether things are going relatively smoothly, the one thing to remember is that it is not necessary to go through change alone. Alone raises our stress levels, because we second-guess ourselves (or perhaps should have, and now we’re getting stuck with our own over-confidence). Make sure to bring someone alongside to help. I’m happy to suggest a few people who are good at that sort of thing.

What does your current change process look like? Let’s chat about it!

Working from our Best Selves amidst Chaos 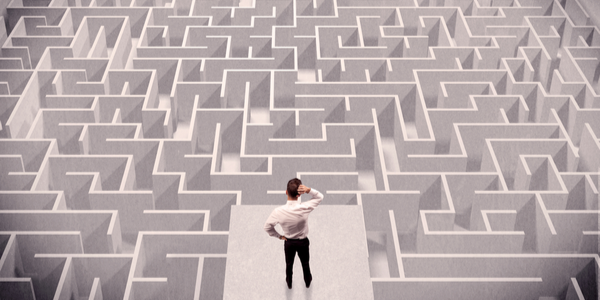 “Unprecedented” is used so frequently in the news that living through a pandemic suggests we need a new word to describe the experience.

None of us had heard of “social distancing” until a couple of weeks ago. Three weeks ago, people were making jokes about a certain brand of adult beverage getting blamed for making people sick. Four weeks ago, the Coronavirus was a problem that was “over there” – starting to make disruptions, but not “here” yet.

This is a VUCA world pushed to an edge: Volatile, Uncertain, Complex, and Ambiguous. Even if we were not experiencing the Five Frustrations before (Firefighting, Information, Process, Complexity, and Alone), we are now: responding to an external, inhuman threat that challenges everything at once.

If you’re anything like me, you are hoping that this all gets over quickly. As of today, “quickly” likely will be at least 8 weeks, if not longer, for the acute part of the crisis; the economic impacts will likely take much longer to recover from. There are things we can do to improve our outcomes, bring order out of the chaos, and adapt. The disorder of our current sense of things will tend to drive us to unconscious reactions. Those reactions will generally drive us toward poor outcomes. To work from the alternative, that is, to work from our clearest, best selves, will take some reflection. To help with that, this article will do the following: 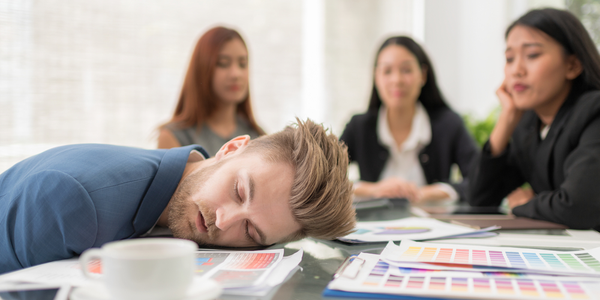 We’ve all been in meetings where we are bored, annoyed, and feel like we’re stuck going down the rabbit trail of a rabbit trail. Just re-reading that sentence, several strong visual memories come to mind for me – how about you?

The boredom, annoyance, distraction, avoided topics, and minutiae that we often encounter in meetings grow out of how many of us structure and run meetings – and they prevent meetings from being productive. Even more importantly, they keep us from being strategic because the immediate and the detailed overwhelm the long-term and the big-picture items. Instead, we fall into the tired patterns and structures of reactivity or deferred decision-making on small-picture topics. 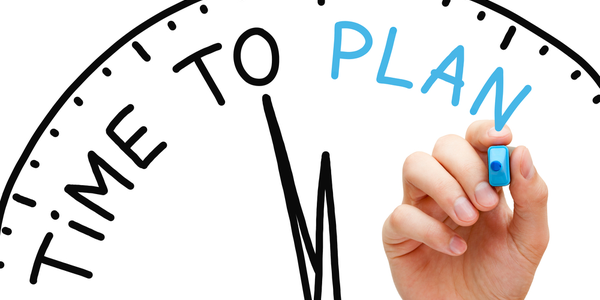 For many people, planning seems like a waste of effort. Why plan when we could be doing something to make real money, right now? Why plan if things are going to change anyway?

Doing planning right is a significant investment in time, energy, people, and money. Even if the only monetary costs are the salaries of those involved in the planning, this is often still a significant cost – since folks involved in planning are often paid at the higher end of the scale. It is essential, then, that planning has a real return on investment - otherwise it truly is a waste of time.

Critics of planning challenge me with four real problems:

These critics are usually correct about how planning has worked in their organizations – and illustrate four major reasons that plans fail. We’re going to highlight those four, and point toward ways leaders can overcome those four major planning failures. Note that these four are often interconnected in complex ways.

Traffic Un-Jammed: Keeping a big-picture perspective at 70 miles per hour 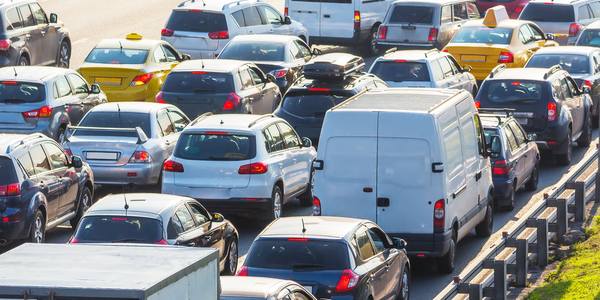 You know, the more I think about it, the principles we apply when trying to get out of a traffic jam are fundamentally the same principles successful leaders use in steering their enterprises forward. Those who do not apply them often find themselves, and their companies, trapped and ineffective in meeting their goals and expectations.

Here’s an explanation by means of a story.

I recently took a trip, like many of us do, over the Thanksgiving holiday weekend. At one point during the trip, we encountered a significant traffic jam. Being down in the traffic jam, it was hard (even with the assistance of a friendly-voiced navigation system I call Nav Lady) to make clear decisions that would help us find a freer route. Either we were moving along and having to make decisions about exits and lane changes quickly, or we were sitting still.

Here we were, wedged bumper-to-bumper into the wrong lane, zooming along, with the Nav Lady chirping at us that we could go faster if we were to take the exit 3 lanes away and 50 feet in front of us. Exit left? That wasn’t going to happen in this kind of traffic.

Suddenly, we were stopped completely, brake lights as far as we could see. After a few moments of sitting still, Nav Lady solemnly intoned, “there is a 13-minute slowdown up ahead due to a wreck. You are on the fastest route.” Of course, then she promptly lost her GPS signal, making her think we were on a different road entirely, and proposed all kinds of traffic acrobatics to get back to the route we were already on.

Like most people at this point, I wasn’t sure I could really trust Nav Lady.